Is the media biased

GMF: How the media influence politics - and vice versa

"Lying press", "fake news" and "mainstream media": For years journalists have been increasingly insulted with such words. The relationship between the population, the media and politics seems increasingly tense - not only in Germany, but also in the USA. A few days before the presidential elections in the United States, Deutsche Welle's Global Media Forum, together with two prominent journalists from both countries, looked at the role that the media are now playing in the elections.

The event was moderated by DW journalist Sarah Kelly.

Preservation of power at any cost

The American journalist and Pulitzer Prize winner Anne Applebaum expressed concern about the state of democracy in general at the event: the rise of political parties could be observed all over the world, which would no longer accept a loss of power in the context of an election.

They see themselves, or at least present themselves, as the true representatives of the people, in contrast to their political opponents who, for example, would only stand up for "the elite" or "the foreigners". "One of the most important things they do: They try to undermine the media," said the US journalist, who worked for the Washington Post for a long time and taught at numerous renowned universities, including Yale, Harvard and Columbia. One discredits the media by generally calling their reports "fake news". This would prevent the media from holding politicians accountable.

All of these tactics would have the same goal: to eliminate political competition and debates. The social media had exacerbated the situation because it was possible to address supporters even more specifically, warned Applebaum. Instead of a slogan, there are now hundreds in election campaigns - always tailored to the respective voter groups and their needs.

In addition, the algorithms of social networks such as Facebook and Twitter would lead to users looking at increasingly emotional, angry and polarizing texts and videos. "Algorithms do not prefer balanced contributions - what is spreading, are the controversial contributions," said Applebaum in the DW event. This trend is very detrimental to democratic debates.

Applebaum therefore suggests regulating the algorithms: "We need ombudsmen for the algorithms. And more insights into how they work if we want to keep our democratic political system." In addition, social media users should be more aware of their responsibility: "Every Twitter user is now practically a journalist and editor." It is the duty of every citizen to understand which news should be preferred, what should be meant seriously or what should be viewed as satire. 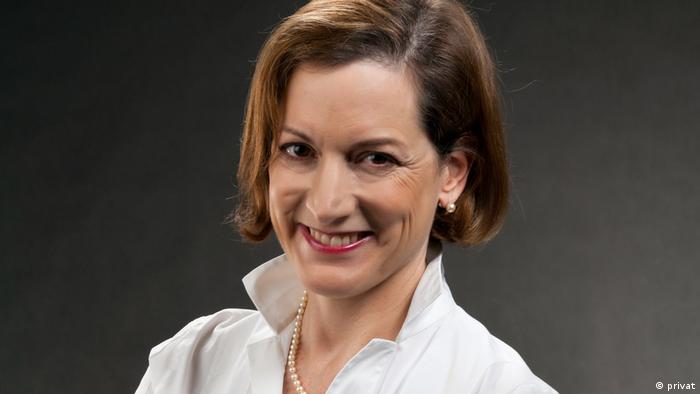 "Ombudsman for the algorithms" calls for US journalist Anne Applebaum

Media as a forum for opinions

Every democracy needs some kind of public forum with generally accepted rules to discuss issues with one another, Applebaum said. This has always been the task of the media, especially the public service. In countries like the USA, where publicly funded media play a significantly smaller role, one has to rely on the private media. But that would have changed a lot with the advent of social media and the new advertising market.

While they used to address as large a group of people as possible in order to reach as many advertising customers as possible, their target group has now become significantly more specific. "And so they became a newspaper for the right, the left or the rich," explained Applebaum. The public sphere will continue to be fragmented. "In the US we not only have a very polarizing political system, but also polarizing media." This could be difficult for democracy. Because democracy is dependent on the political forces also respecting the point of view of those who think differently. 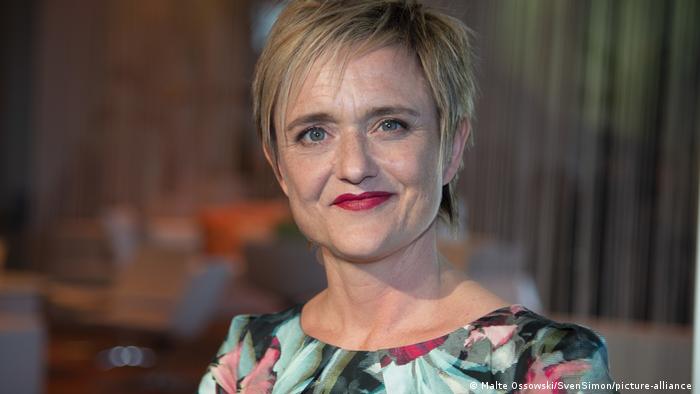 The editor-in-chief of WDR television, Ellen Ehni, underlined the importance of public service broadcasting for maintaining a diverse debate. Again and again they received the allegations of the right-wing AfD that the government was directing their reporting. But this is wrong. "Independence is very important to us," said Ehni. "We're there for everyone, that's our job." She sees problems more in the lack of diversity of the journalists themselves. There is a risk that they will lose contact with the rest of the population.

Nevertheless, according to the television journalist, Germans' trust in their media is still relatively high. Around two thirds of people generally trust the media, and over 80 percent trust public television. Nevertheless, she sees a trend that more and more people would perceive the media as biased. In addition, it is important not only to listen to those who are "loud", but also to the "quiet", the moderate majority of the population.