How mainstream is anime in Japan

Anime (cartoons) from Japan now have numerous followers all over the world. This phenomenon is sometimes referred to as "Japanimation". The sophisticated stories and the high level of artistic expression achieved have contributed to the fact that anime has generated great enthusiasm in both Japan and other countries for many years. Until recently, however, this art form was still considered a part of the subculture rather than a real art. However, this situation has now changed. There is now an increasing tendency among colleges and technical colleges in Japan to approach anime and manga (Japanese comics) in an academic manner. While anime and manga were once considered entertainment for children, they are now viewed in a whole new light.

Animation as a subject 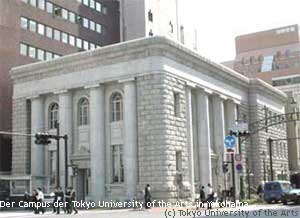 This change is conspicuously evidenced by the establishment of the animation department at the Graduate School of Film and New Media at Tokyo University of the Arts (formerly: Tokyo National University of Fine Arts and Music) this coming spring (beginning of the new academic year). While private universities have long established faculties or study courses for Manga or Anime, the above establishment is the first at a state university. In addition, the establishment of an animation faculty at one of Japan's leading graduate schools in the arts makes it clear that the state itself has recognized animation as an academic subject.

The target group of the new subject are graduates from art schools or people who are already active in the field of anime production. Courses are offered in four areas: three-dimensional animation, two-dimensional animation, project planning and story writing. Each student has to create two works as part of the two-year master’s course. Leading figures from the anime industry will work at the faculty, including Koji Yamamura, whose anime short film Atama-Yama ("Mt. Head") was nominated for an Oscar. The study program aims to educate anime creators through hands-on training; In addition, the discourse and theory of anime as a form of culture are to be developed.

Faculties and courses for anime and manga have existed for several years at Tokyo Polytechnic University, Osaka Electro-Communication University and Kyoto Seika University, which set up its manga faculty in 2000. Manga courses are also offered at Nagoya Zokei University of Art & Design and Gakushuin University. The latter will start its offer for graduates in April 2008. 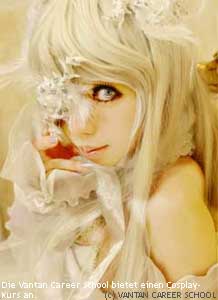 The re-establishment of anime and manga courses by undergraduate and graduate schools is also having an impact on vocational schools. The Vantan Career School, which has offices in Toyko and Osaka, set up a course for cosplayers in January 2008. There, the participants can acquire knowledge about costume production, special effects in make-up and other aspects related to cosplay (wearing costumes in which Manga and Anime characters serve as role models).

These tendencies are a sign that the manga and anime subculture and its offshoots are now flowing into mainstream society at different levels.